Why has Project Costing become a key consideration for FD’s, when choosing accounting software?

Historically, project costing meant setting up a number of spreadsheets and committing to a considerable level of manual work.  Though, without the accurate data coming in from each resource, on each team, within each project, no amount of Excel skills could make up for the shortfalls of input, created by numerous reasons such as forgetfulness, laziness and human input error to name a few.  The work involved was therefore not just the design and general management of the numerous spreadsheets that could be created at the project, team and group level, but also the ‘cat-herding’ required in order to make them useful at all!

Fundamentally, for any system to be really effective, it had to be both accessible and easy to use, yet the manual, spreadsheet-based systems are often neither; even if the remote working staff remembered to log their time and expenses when they got back to their desks, there was still the issue of the physical receipts that had to go somewhere.

As a result, many organisations opted for not managing project costing at such a daily / weekly granular level – it was just too much overhead.  Instead, many chose a broad-brush approach that would be able to look at total time and spend associated with jobs, on a less frequent timescale, gathering all the data in a lumpier format and inputting all at once.

However, the cost for doing this broad brush approach was significant; WIP was akin to guesswork and time variances and scope creep part-way through a job were much harder to spot.  Worse still, billing hours could be lost if they weren’t documented correctly, and re-keying the data meant that the opportunity for error was increased.

The last few years have seen a seed change in attitude though, perhaps with the emergence of a number of timesheet applications and similarly for expenses management.  Most importantly though, the tipping point was the introduction of mobile apps – meaning that expenses submission and timesheet recording could be achieved, painlessly, on a daily basis.

Remote workers would no longer have to ‘do the paperwork’ when they got home, or at the end of the week; a simple end-of-day tally, even while still on the job, enabled an efficiency that hadn’t been seen before.   A carrot and stick approach assured the rapid adoption of the new technology – submitting expenses via a mobile app (photographing the receipt too) enabled employees to receive reimbursement sooner, with the prerequisite being that timesheets were submitted from the mobile too.

Mobile technology was effectively the trigger for Project Costing to move beyond the domain of construction and contractors and into many other industries that could now benefit from a greater control on costing with projects of any nature.

Charities, for example, often handle multiple resources, involved across multiple projects and sometimes in multiple geographies.  Despite this complexity, a core requirement is to be able to convey to donors, just how their money is being spent and what impact it may achieve.

Similarly, in a business context, for companies juggling multiple clients, resources and projects, it’s increasingly important to be able to identify just which projects are more profitable than others, and which resources are more efficient.  With the information now available on a daily basis, important decisions can be made to address deviations from the original plan, as and when they present themselves.

Historically, time and motion studies were implemented periodically to assess just how efficient the various teams were; with project costing functionality engaged, it’s effectively a permanent time and motion study that allows for numerous small corrections along the way, rather than a surprise at the end of the project.

Another factor, that continues to drive the adoption of project costing functionality, is that of accountability.  CFO’s aren’t just using the systems to monitor and drive profitability; by their very nature, these systems work by increasing transparency at every level.  Whether, geographically, resource-wise or at the project level, the data is available to be able to see what is working and what isn’t.  This is increasingly important in assuaging donors or customers’ concern regarding how their money is being spent.  Rather than this being seen as a sword over one’s head, astute organisations are recognising the value of being able to communicate with such transparency and are, indeed, identifying the increased opportunity to secure more income as a result.

While the enabler for project control was mobile, cloud technology has really been the catalyst.  Early systems, with mobile timesheet and expenses submission, often resulted in three separate applications being used – core finance software, expense management and a timesheet submission application.  Additionally, the photographed receipts would have to be submitted to the on-premise, legacy application and stored for reference within a system that wasn’t designed for attaching digital photos.

Now, with cloud technology being the only way forward for the vast majority of organisations seeking to upgrade their legacy finance software, opportunities are rife to transform effectiveness and efficiencies within the finance function.

Contemporary integrated applications offering cloud services for core finance, mobile expenses, timesheets and even HR functions such as absence management, provide the finance team with a level of granularity that has not been seen before.  Authorisation and workflow control means that users only get to access areas that are relevant to them and for which they have permission.  This enables all stakeholders to access the core system, without concern for data security and privacy.

With the introduction of workflow functionality, organisations are now employing automated process to route submissions and requests, eliminating paper-based workflows and the ubiquitous ‘can you please sign this?’ post-it notes.

Where P&L once remained solely the domain of the finance department, delegated resources, with specific project expertise, can now be involved in the real-time cost management and decision making required, to enable organisations to optimise their outcomes.

Project costing, within cloud-accounting, provides a competitive advantage – to commercial business and charities alike.  However, it is much more than this, particularly with the advent of remote working.  This functionality enables broader teams to work much more closely together; finance is able to be more informed at the project level, while project resources can be more involved at the financial level.

The right system sets up a win / win / win, for the project, the staff and the client. 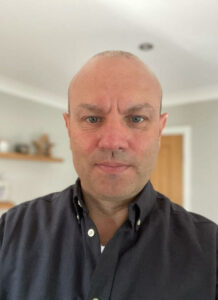