Kristian Salter, Chief Financial Officer at Fireco, discusses his reasons for change after 20 years with their previous system.

Tell me about Fireco?

The company has recently relocated to larger premises and also celebrated 25 years of designing and developing unique fire safety products.

Our Managing Director, Neil Purssey is an innovator. In the early 90’s he was sat in a café, discussing business ideas with friends, when he noticed one of those dancing daisies that used to move to the beat of the music. In the next glance he saw one of the café fire doors being held open by a door wedge, and it was at that precise moment that he thought to himself ‘what if there could be a way for the wedge to jump out from under the door when it hears a fire alarm?’

This was the inspiration that led to our founding product, Dorgard, which has now sold over 1 million units since its inception. As you might imagine, Dorgard holds open fire doors to enable easy access through a building and upon any fire alarm in the building being triggered, it will release the doors and enable them to close immediately.

Dorgard has been a tremendous success across many sectors, from places of work, schools to care homes and hospitals alike. Since then, we’ve designed further patented technology and developed some exciting solutions relating to fire safety, mass notification and alert systems.

With the onset of COVID, and the understanding that airflow in a building helps reduce transmission, coupled with the knowledge that it can be passed on from touching hard surfaces, like door handles, we’ve seen interest grow significantly on the basis of COVID safety as well as fire safety. We now have products that link to access control systems and only enable entry into certain areas of a building, after the person has utilised the sanitising station.

I was looking for something that could be sufficiently comprehensive for our needs, could fit around the way we wanted to work, and would be simple to use, streamlined and efficient.”

We deal with a lot of customers, in all shapes and sizes. Our large wholesalers order by the pallet load and can fill a lorry at a time however, we also deal with many small independent businesses and installers who order in low volumes, perhaps 1 or 2 units at a time. Our system holds around 30,000 customers, this means that we have to deal with a high volume of transactions and all the ramifications that come with that.

For a number of years now, we have been working on the development of our own CRM system with sales order processing, stock control and dispatch. Once this was ready, we could handle the final stages of stock control and bill of materials, which freed us up from being dependent upon the existing system and enabled us to look for something that could be best of breed as a finance solution. In addition, while our old system had served us very well for 15 years or so, in the last few years it was struggling a bit and didn’t seem to be keeping up with some of the technology advances that I could see in other products.

As for why I chose iplicit over the other systems? I would say the API was a key criteria for us; we needed to choose a solution that could integrate seamlessly with other systems – not just the one we’d built but others that we use within the company too.” - Kristian Salter, CFO 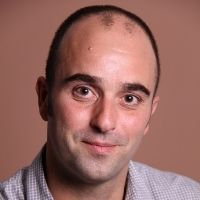 Why did you choose iplicit over the other systems being considered and did you have any key criteria?

I reviewed Xero, Sage and QuickBooks for the entry level packages and had to discount the likes of MS Dynamics as it wasn’t within our budget. None of the others were as flexible as we required and we were looking for a system that could shape around our needs, not require us to change our working practice to fit within its constraints. For instance, we deal with large care groups and healthcare providers and on our books, we may have hundreds of records all with same company name but different delivery addresses. While we will obviously have unique customer ID’s, some solutions required us to have unique customer names as well! It sounds small, but when the number of issues mounts up, it makes the system inflexible.

I was looking for something that could be sufficiently comprehensive for our needs, could fit around the way we wanted to work, and would be simple to use, streamlined and efficient.

Interestingly, I came across iplicit a couple years ago and dismissed it because it was so new in the market! I was concerned about its lack of customers at the time and also did not want to partner with a company that had yet to really establish itself as a long-term player. However, the technology was clearly ahead of most other systems I’d seen and I stayed in touch with the guys, touching base every 3-6 months, to hear about their progression while we continued to finish our CRM solution.

When committing to the iplicit solution in late 2020, they had hundreds of organisations using the platform and had been awarded Best Mid-market and Enterprise Accounting Software at the Accounting Excellence awards, so my concerns had been well and truly dealt with.

As for why I chose iplicit over the other systems? I would say the API was a key criteria for us; we needed to choose a solution that could integrate seamlessly with other systems – not just the one we’d built but others that we use within the company too. Iplicit’s approach to integration was a key factor, as well as what it could do within the software itself.

It’s been hectic! But I realise that we were rolling things out very, very quickly. If my memory serves me correctly we didn’t make the decision until late October, maybe even early November and we had it running live by the end of December! I have a background in both Accounting and IT and so I played a very hands-on role in the implementation but between all of us, it was pretty impressive to get the job done from start to finish in such a short timeframe.

At times during implementation, I thought that certain aspects of the system seemed over-complicated. Sometimes I couldn’t understand why so much configuration and setup was needed in certain areas of the system, but I thought that maybe it was to future proof the functionality? Then, once we started getting live data into the sandbox and started really working the system, I thought ‘crikey, that’s really clever!’.

Regarding iplicit support, when they respond to a previously reported matter, you get an experience that I doubt you’d get with many other suppliers; they take your specific environment and thrash out whatever the issues are, in your sandbox, then find the solution and test/apply it to the live site with an update. There’s a really good relationship there and that’s important to us.

I like things that make life easier for my team. I take pleasure in finding ways to save them time and help do their jobs more efficiently. So, if I had to pick one, I think I’d say the bank reconciliation is fantastic for my colleagues. Then again, you have the credit control module built in as well and that’s fab for my colleague who looks after that area. Maybe I’ll have two favourites.

Thoroughly research and trial any shortlisted systems. Assess their strengths and find their weaknesses and ascertain whether you want both the system and the provider as a partner. Once you are convinced it is important to convince those around you, generally accounting systems are in place for many years and colleagues can become very accustomed and attached to old systems and working practices! Work closely with your colleagues, share the excitement and allow yourself a bit more time for roll out than we did!

It was fun to get involved! It was great working with Mick, our implementation consultant; I really enjoyed learning from him and then taking that knowledge to share with the team. It’s great to see you win awards for the software – I know it’s going in the right direction, and I’m now recommending you to my Accountant and others already.

Maybe this seems a little old-school, but all the staff we encountered in the iplicit team are genuinely nice people to work with and I think that’s quite refreshing.

We were looking for a system that could shape around our needs, not require us to change our working practice to fit within its constraints.”