Number of staff in organisation
50

Number of iplicit users
3 Full-time finance, 20 for reporting & authorisation, everybody for expenses submissions
and management

Annabel Kiddle, Head of Finance at Trees for Cities, discusses her journey from PS Financials™ to iplicit.

What is the core purpose of Trees for Cities?
Trees for Cities is the only UK charity working at a national and international scale to improve lives by planting trees in cities. We get stuck in with local communities to cultivate lasting change in their neighbourhoods – whether it’s revitalising forgotten spaces, creating healthier environments or getting people excited about growing, foraging and eating healthy food.

What led to your decision to change the finance system?
PS Financials had been installed since 2010, but it had never been updated and was obviously a server-based, on-premise system. It just wasn’t fit for purpose anymore because people couldn’t access information very readily from it, and we could no longer store financial data in the methods we wanted to. We needed something more agile; a system that would be more open to users, speed up a variety of processes and reduce the administration burden across all of our staff.

What was the key criteria for choosing the new system? And why did you choose iplicit over any other solutions being considered?
Fundamentally, we knew our next system had to be cloud-based; built for the cloud, not just a server system hosted elsewhere. This was our primary driver as the new solution had to be accessible to everybody and easy to use, especially for non-finance staff.

We looked at a number of systems but iplicit stood out because of its look and feel and intuitive nature in the way it could be used. The navigation felt more much more intuitive than other systems and, for the budget that we were considering, it gave us all the functionality that we were looking for.

Since going live with the system, how has your general experience been with iplicit?
The team has been extremely helpful. When putting in any new systems, things aren’t always going to be exactly as you expect but no matter what challenges we faced, the support team has helped us get things exactly as we need them.

One thing that is really noticeable about the system is that it’s very easy to use. Even when something isn’t quite clear or it’s an unfamiliar process, most of the time we can work it out for ourselves without having to call anyone, because everything is so intuitive.

Has it changed the way you work at all and, if so, what benefits have you seen?
I think the biggest benefit right now is obvious; with everyone having to work from home, we can actually continue to run our finance system! Previously we wouldn’t have been able to do that; we wouldn’t have been able to function as a finance team if we hadn’t made the switch in December. I feel that we have been very lucky with our timing in that regard.

Also, the volume of information that is now accessible helps all of our employees manage the finance side of things for themselves as well. They can access information much more easily and again from anywhere. The accessibility from anywhere, that’s been the biggest benefit.

The improved reporting is also a huge plus. We’ve only just started using it in earnest as our new year was April, but even for closing down the year-end numbers and distributing succinct information at the touch of a button, the ability to report on anything is great.

"One of the reasons why I chose iplicit was because it was clear to see how the system can scale with us.”

Changing finance systems can be quite a daunting prospect. Have you any advice for other non-profit organisations that may be considering an upgrade to their on-premise finance system?
Firstly, it takes up more time than you think it will! It’s important to be clear on what you really want to get out of the new system. Upgrading your finance system is also an opportunity to change things within your accounts structure and reporting. It’s definitely worthwhile to take the time to do the preparation in advance so that you get the desired outcome at the end.

My advice is to consider it as an opportunity not only to upgrade your accounting software but also a chance to upgrade some of your procedures, structure and reporting too. I also think it’s important to consider these issues before you put in the system rather than implementing the solution and then thinking what reports you can get out of it.

From a functionality perspective, what day-to-day changes have you noticed from the new system to the old?
We now use the workflow authorisation functionality, so everything can be done electronically now. Previously we used to have to get people to physically sign things off and then email their approvals. With the new iplicit system, all the documents are accessible digitally, at the point of approval, so the process is remarkably faster.

And we are also using the expenses functionality in the system which saves a considerable amount of time each week. All of our staff are now using the system for expenses submission; previously we had lots of paper-based forms, that have now been eliminated, so that’s been a big change for us.

Another exciting progression is being able to store all of our backing evidence on the system. This is great because, for the year-end audit, we’ve given the auditors access to the system so they can look at everything directly, rather than us having to physically collate all the information they request. This has saved us a great deal of time, money and inconvenience.

Do you have a favourite feature of the system?
Yes! Pressing the Ctrl key and being able to link from document to document or any relevant information. If you’re in something and you can link to something else, you don’t have to search for it, you can just press Ctrl and it will take you to wherever you need to go in relation to whatever information you are viewing. It makes the navigation so easy and also saves a lot of time to be able to access the information there and then rather than leave what you’re doing to see it.

Is Trees For Cities planning on growth, and if so, do you think that the new system will help you achieve this?
Yes, we are planning for growth. Obviously, no one knows how the next 12 months will pan out but before the Covid-19 challenges we had been growing quite fast. One of the reasons why I chose iplicit was because it was clear to see how the system can scale with us.

“I am also excited to use the new feature regarding the automatic posting of irrecoverable VAT on purchases; this will save us a lot of time and simplify things considerably.”

Is there anything else you’d like to say?
I know I’ve mentioned it already but I think that the Workflow and Authorisations functionality is worth coming back to. At Trees for Cities, we had very complex requirements when it came to our approvals process. Many of the systems available couldn’t cope with what we needed. However, the implementation team at iplicit worked very hard to ensure that system delivered exactly what we needed. They deserve a mention for their skill and dedication! 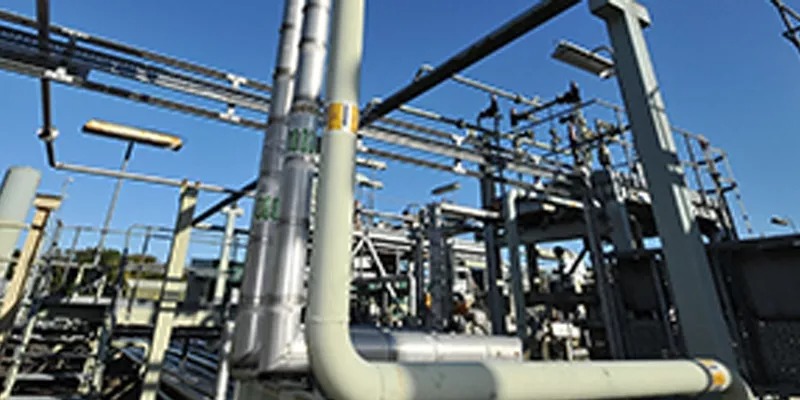 ‘We looked at a number of systems in the marketplace including NetSuite, SAP, Sage and iplicit. It came down to a choice of two systems in the end, because NetSuite was unresponsive and Sage 200 seemed like a step backwards. While SAP was interesting, it was just too expensive and iplicit delivered everything we wanted at much less cost.’