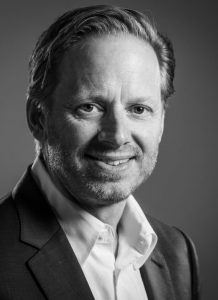 Rob was co-founder of Exchequer Software and was key to building the business over a period of 21 years, starting the business in 1986 and eventually leaving in 2007, 2 years after it was sold to Iris Software.

Since then Rob took a sabbatical from accounting software for 5 years, during which time he engaged with other growth businesses from the fashion industry to automotive. In 2012 he met Ian Andrews and the journey with iplicit began.

So, Rob, welcome back to the industry. What took you so long?
Previously, I’d considered myself as officially retired from the industry but things have changed and actually in my mind, not changed fast enough.  When I left the sector it was in pretty good shape; the accounting software market had caught up with technology and everything was good – I felt like I’d left the industry on a high.  However, over the last ten years or so, it seems as though technology has once again moved at a much greater pace than the vast majority of finance and accounting software solutions that are available in the market today.

I wasn’t necessarily planning a come back, but having reviewed the extent of this disconnect in the marketplace, it seemed like a wide open opportunity for me to assemble an all-star team and develop a proposition that could fill the gap, so to speak!

What were you doing in the decade or so between leaving the market and planning on this return?
Does anyone care?

In hindsight, would you have done anything differently with your Exchequer Software journey?
Oh yes, if I had the experience then that I have now, I’d have grown it far more quickly to enable a far greater number of companies to have benefited from the leading-edge offering that we had at the time.

Now you’re back in the driving seat of leading another Pioneering Accounting Software proposition, do you think it will be different second time around?
I think it will be very different.  Not just with myself but with the team around me.  All of us now have decades of experience within this industry; as a result I am very confident we’ll be able to start out with the attitude of a mature company.  With Exchequer, we were learning as we went along.

The opportunity in the marketplace today is also far greater than that which we faced in the early days.  There is a huge shift in the way businesses are operating now; twenty years ago, the biggest change that companies faced, with accounting software, was one of changing from a floppy-disk based system that forced month ends and year end routines to a hard-disk based system that didn’t – that’s hardly a huge change.  Whereas now, the driving force behind so much software being adopted by organisations both small and large is the need and desire to move to the cloud.  The fact that so many other products and applications such as Office 365, CRM and document management are forcing the change, results in the majority of companies today recognising that a move to the cloud is inevitable, even if currently not scheduled.

What is your vision for iplicit?
To become a global leader in the ERP market.  This isn’t a pipe dream; from everything I’ve seen, I am confident that we can dominate a certain space within ERP that is currently not being adequately serviced at all.

What challenges do you perceive lie ahead?
I think we’ll have the same challenges that every ambitious business has; namely recruiting enough good people to keep pace with the opportunity.

Is skills shortage an issue when assembling a new team?
I couldn’t tell you if there’s a shortage, but it’s always a challenge finding the best people.  I’m lucky to have a number of my original team [from Exchequer] who have access to some brilliant young talent, many of whom have committed to joining us as we grow.  But we are always keen to hear from those we don’t know too!

Do you have a domestic and international sales strategy already underway?
Yes we do!  We are already selling directly and through partners in the UK and have recently seen the launch of our iplicit Ireland initiative.  Other countries will come online in 2020.

Why do you think customers feel compelled to change their current system?
There are a number of reasons; one might be the lack of functionality within their existing system.  Another is often the lack of support or upgrade path that they are experiencing with their current provider.  Or, it may just be a desire to move with the times and upgrade their on-premise system to something that is cloud-based and, as a result, has much greater scope for integration with other cloud applications being used within that business.

Aside from the integration needs you’ve already mentioned, why do you think cloud is so important to organisations today?
There are a number of benefits to cloud that businesses are only just waking up to; as we adapt our workforce, it’s become much more mobile.  This, results in a need to access our data from a number of locations and across a number of devices, the obvious ones being office, car and home, accessing from desktop, phone and tablet respectively.  And it’s obviously more complicated than this, but even this simple current world illustration shows just how much more demanding the issues are surrounding data storage, access and security.

The security benefits of cloud are vastly superior to that which we’ve been used to on our own local networks.  Not just from a hacking perspective but also with regard to disaster recovery from fire or theft for example.  With data redundancy within Microsoft’s Azure, it wouldn’t even be catastrophic if the entire data centre was destroyed (by fire or say terrorism) as in no time at all, a back up data centre, with a completely up-to-date mirrored copy of your data, at a different location would present itself to you as if it was the original system.

Another area that shouldn’t be underestimated is support – FD’s are starting to recognise just how onerous the support aspect of on-premise systems is becoming.  Not just because of the IT overhead coupled with the ‘tin’ require to host the server software, but also because this is becoming a disproportionate cost for the few on-premise systems left as many have already migrated to the cloud.

I know I mentioned integration earlier with Office 365 as the example, but this is just the start.  CRM and document management are rapidly becoming standardised within the cloud and the idea that an organisation can’t integrate its finance function effectively with the likes of customer data and document access, is unthinkable.

With your background being extensively Exchequer, is this the primary market that you are focusing upon?
No, not at all.  We’ve developed iplicit not only to sit in the Exchequer market space, but significantly to operate in the space above those users too.  In the last two months alone, we have found ourselves winning orders in a competitive pitch environment, where the contenders included Microsoft Dynamics and Netsuite.    We’re here for all on-premise users who feel like they may have been left behind, whether they are using Sage, Pegasus, Access etc, and we are working hard to ensure seamless migration for all of them.

In addition, we’re starting to see interest from lower tier accounts software users such as Xero and Quickbooks.  iplicit is a great solution to migrate to, for companies who have already adopted a cloud strategy [with the likes of Quickbooks and Xero] but find themselves outgrowing the functionality offered by the entry level systems in the market.

If you have two minutes in a lift with an FD who’s unhappy with his current software, what’s your pitch?
I would simply say that if he would like to see what today’s technology can deliver, in terms of business benefits within a Finance System, then he should invest at least 15 minutes in viewing our online demo, or better still invest an hour by joining a webinar demonstration with live Q&A.  As doing so, could result in saving hundreds of hours each and every month.

Where do you see yourself in 5 years’ time?
For myself, I’d like to think I’m still at the helm of iplicit, which by that time will have presence in at least a dozen countries with a few thousand companies using our service.

What keeps you busy when you’re not thinking about iplicit?
Mostly family and then cycling, (although my wife would argue it’s the other way around!)  If I’m not with my family, I’m out on my road bike, cycling a couple of hundred miles a week; usually preparing for one challenge or another.